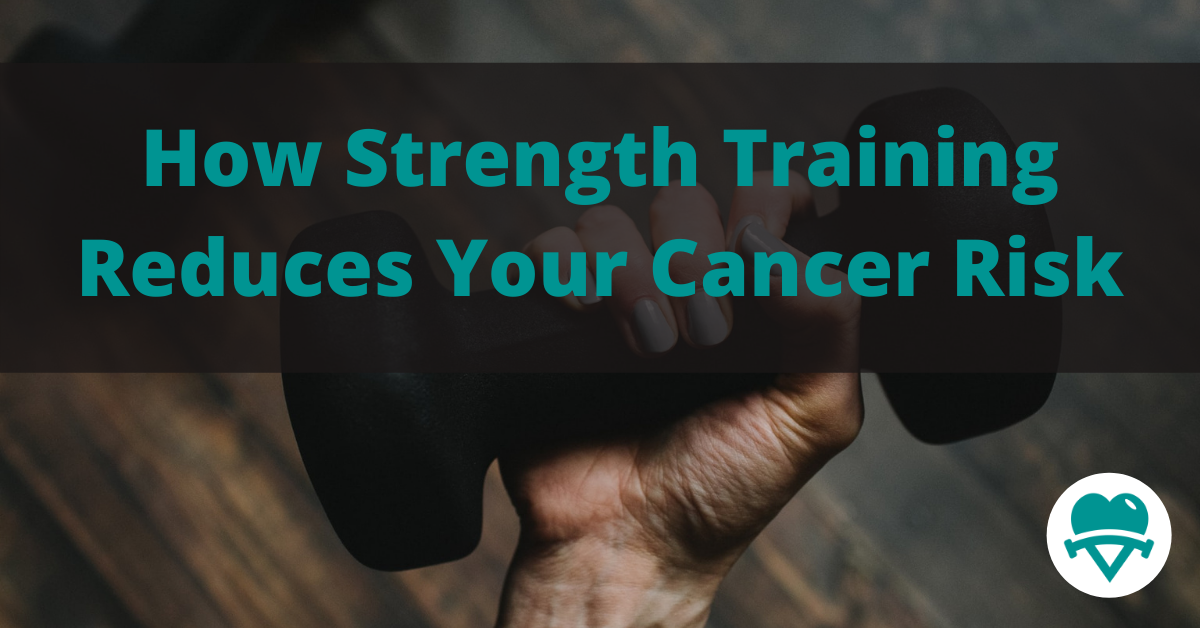 Lifestyle factors are the leading causes of cancers worldwide. Physical inactivity specifically is becoming an increasingly accepted risk factor for the diagnosis of the major cancers, and death from these cancers.

Recommendations for increased physical activity have traditionally focused on aerobic forms of exercise, because of the substantial amount of evidence supporting the beneficial effects of increased aerobic exercise on cancer risk. However, we wanted to explore the increasing emerging evidence on the role of resistance training to reduce cancer risk.

If you’re a reader of the Guardian, you might have recently stumbled across this article – “Exercise can help prevent cancers, new research finds”

We like this article because it promotes a key public health message in the mainstream media. It explains that obesity is soon to become the leading cause of cancer in the UK (it’s currently smoking, but this is reducing). It also summarises some of the already known research on the importance of physical activity in reducing rates of cancer, and increasing survival in cancer patients:

These findings are not at all surprising. Regular physical activity has so many beneficial physiological effects; specifically for risk of cancer this includes cardiovascular and metabolic benefits, reduced adiposity and positive effects on systemic inflammation. Risk factors for the majority of cancers are the same as the risk factors for cardiovascular disease and type two diabetes – sedentary lifestyles, poor nutritional intake, obesity, high fat diet, high cholesterol etc.

A recent study explored in the article was carried out on mice. We are going to look at the study in a little more detail, and explore some of the other evidence for physical activity and cancer risk.

In the mice study (1) a specific type of mice was chosen who develop chronic inflammation as they age (a risk factor for a number of types of cancer). These mice have an increased risk of developing liver cancer. Of the mice, one group forced to live sedentary lives were compared to a group forced to run on treadmills for 30 minutes three times a week. After 3 months significant differences were seen between the two groups.

The exercise group had reduced inflammation in the liver, lung and stomach, reduced fat in the liver, increased levels of anti-inflammatory molecules across the body and reduced risk of tumour development. The authors concluded that a regime of moderate aerobic exercise has the potential to reduce the age-related metabolic and inflammatory processes which increase the risk of cancer.

This is just one of a vast number of studies on animal models demonstrating similar positive effects of physical activity. However the evidence does not only come from animal models! There is also a substantial amount of evidence from human studies demonstrating that regular physical activity reduces risk of a number of cancers and death risk from these cancers (2, 3). Both of these studies looked at large groups of people over time, comparing the subsequent incidence of a number of types of cancers.

However the specific type of physical activity required to achieve the biggest benefits in cancer reduction has not yet been established. We are especially interested in the emerging evidence on the benefits of resistance training:

It seems to us that the evidence supporting resistance/ strength training for reducing cancer risk, mortality and alleviating negative side effects is not just emerging- it is already clear! What needs to be established more clearly is the optimal doses for the greatest benefit.

If you want to read more about the specific studies on resistance training and cancer this is a great review- https://www.frontiersin.org/articles/10.3389/fphys.2019.00645/full#h7

If you want to find out more about getting started strength training as an older adult, check out our other articles and workout plans for beginners.

Strength Training For Older Adults | How To Get Started

Sarcopenia: The Impact of Inactivity & Sedentary Behaviour in Lockdown