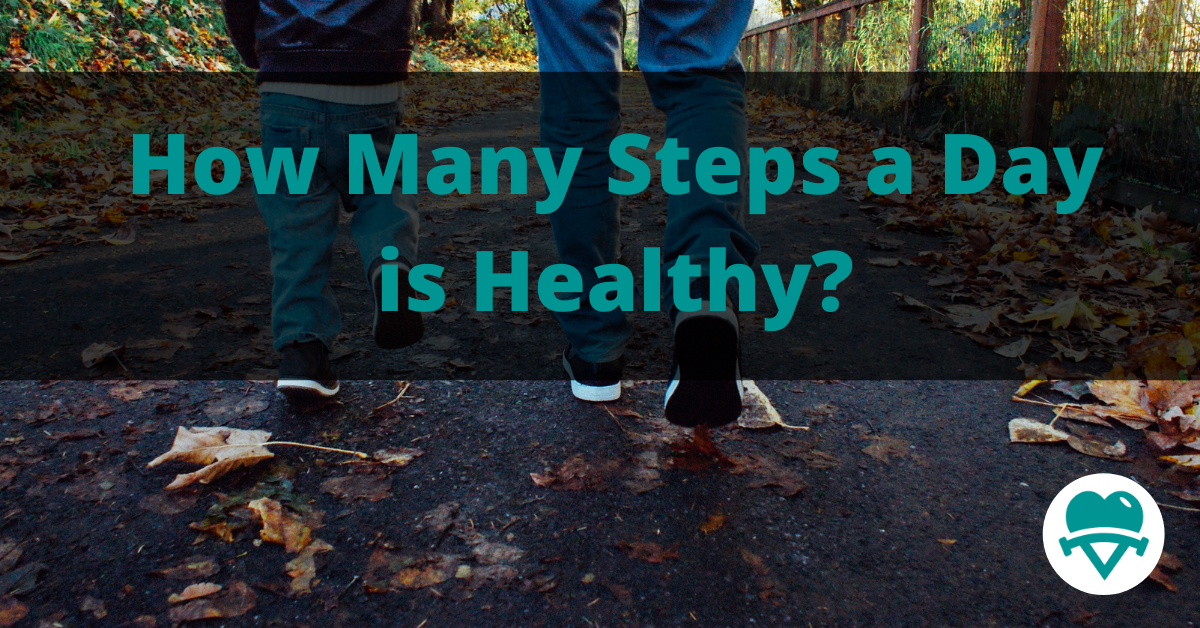 10,000 steps a day is seen by many as the epitome of health, although it is a target most people rarely manage to reach (it equates to about 5 miles or 7-8km). Despite our fixation on this golden number, there is not a large amount of research behind it. The number actually originates from a very successful marketing campaign by a Japanese company after the 1964 Tokyo Olympics. The company designed the first step-counter, named manpo-kei, which translates as ‘10,000-step meter’.

Increasing your amount of daily walking by even just a small amount can result in significant long term health benefits. If you are going to count steps, 10,000 a day is a great (albeit ambitious) target to aim for as a healthy adult; at a minimum you should be aiming for 7,500. However, counting steps is only a rough guide for measuring exercise, because it does not take into account the speed at which you walk, or by how much this increases your heart rate.

Why is walking so important?

There is a substantial amount of evidence supporting the beneficial effects of regular walking. A dose-response relationship can be seen between increased steps and a decreased risk of a number of negative health outcomes, including all-cause mortality (death of any cause) (1). Regular walking is also known to be associated with a reduced risk of heart disease, type 2 diabetes and depression (2). So we know that walking regularly can keep us healthy, but how much walking is enough?

Some studies have compared people who average 10,000 steps a day to those who average much lower numbers, with clear benefits shown in cardiovascular health. People who walk less than 5,000 steps a day are considered sedentary. Research shows consistent associations of this average low level of activity with a high risk of cardiovascular disease and other chronic health conditions (3). Whereas walking over 5,000 steps a day is associated with a lower risk of heart disease, stroke, being overweight and high blood pressure (4, 5).

Even for young, active, healthy people who usually average more than 10,000 steps, just a short term drop to <5,000 steps for a period ranging from 3 days to 2 weeks, can have significant and quite shocking effects:

How many steps should you be walking every day?

A large review of a number of studies utilised in public health recommendations concluded that 10,000 steps is a reasonable target for most healthy adults, with a minimum recommendation of 7-8,000 (6).

There is also further evidence to back up why you should aim for a minimum of 7-8000 steps per day.

Researchers have followed various populations of people, determining their average step count, and then observing them for a number of years afterwards for various outcomes. These types of studies are known as observational studies. One of the largest of these looked specifically at older women.

The authors tracked a large number of older women (16,741) and followed them up for outcomes for an average of more than four years (7). Those who were in the bottom 25% (averaging 2,700 steps) were at the greatest risk of death. Those in the next group, averaging 4,400 were at a 42% reduced risk of death compared to the most inactive group. The risk of death continued to reduce up to 7,500 steps a day, at which point it was seen to plateau; those walking more showed no further reduction in risk of death over those walking 7,500.

Observational studies do have limitations – is it the increased steps that are reducing mortality, or are women who are already healthier always going to walk more? But this study did a good job of excluding women with a number of known health conditions to try to avoid pre-existing health conditions affecting outcomes (those with heart disease, cancer and diabetes were excluded). It also has to be considered that the study group focused predominantly on white older women, meaning it cannot be extrapolated to other populations.

Nonetheless, these findings are highly important and might perhaps make you think twice about adding in a walk to your daily routine. A very large cohort were followed and a clear correlation was shown between increased walking and a reduced risk of death. It also highlighted that even small changes can have considerable effects – There was a significant reduction in risk of death between those in the least active group (2,700 steps a day) to the moderately active group (4,400 steps a day).

Researchers have attempted to estimate the number of steps required to meet the public health guidelines of 30 minutes of moderate exercise per day. At an average walking speed of 100 steps per minute for moderate intensity walking, this data suggests we should be walking a minimum of 7,500 per day (10). The walking speed, or cadence, is key here for the walking to count as ‘moderate intensity’.

Some research has now started to move away from an arbitrary number of steps to aim for, but rather to aim for an intensity efficient enough to convey health benefits. This minimum of 100 steps per minute has been suggested as required in average healthy adults for the exercise to be beneficial (11). However it could be argued that this again is arbitrary, and dependent on prior fitness levels.

The Active 10 is an NHS health promotion which promotes three sessions of 10 minutes of brisk walking throughout the day (enough to get your heart pumping). In a comparison of two groups, one who followed the Active 10 programme and one who were asked to do 10,000 steps a day, those in the Active 10 group were shown to do 30% more ‘moderate to vigorous physical activity’ even though their overall activity time was less (13). According to public health guidelines, moderate to vigorous physical activity is determined by an increased heart rate.

So it seems walking speed does matter if you want your steps to count towards your moderate to vigorous activity. But being able to walk at faster speeds can depend on current fitness levels, as well as personal preference. Some people may prefer to aim for shorter more intense bursts of walking throughout the day, whereas others may prefer an overall target of a step count, distance or time spent walking.

What are the other benefits of walking?

As well as the known cardiovascular benefits of walking, there are also positive effects seen in mood, cognition, memory and problem solving. Regular walkers show lower rates of depression; people with low levels of activity score lower in positive personality traits such as openness, extraversion and agreeableness (14).

Osteopenia Vs Osteoporosis: A Guide To Bone Density Loss